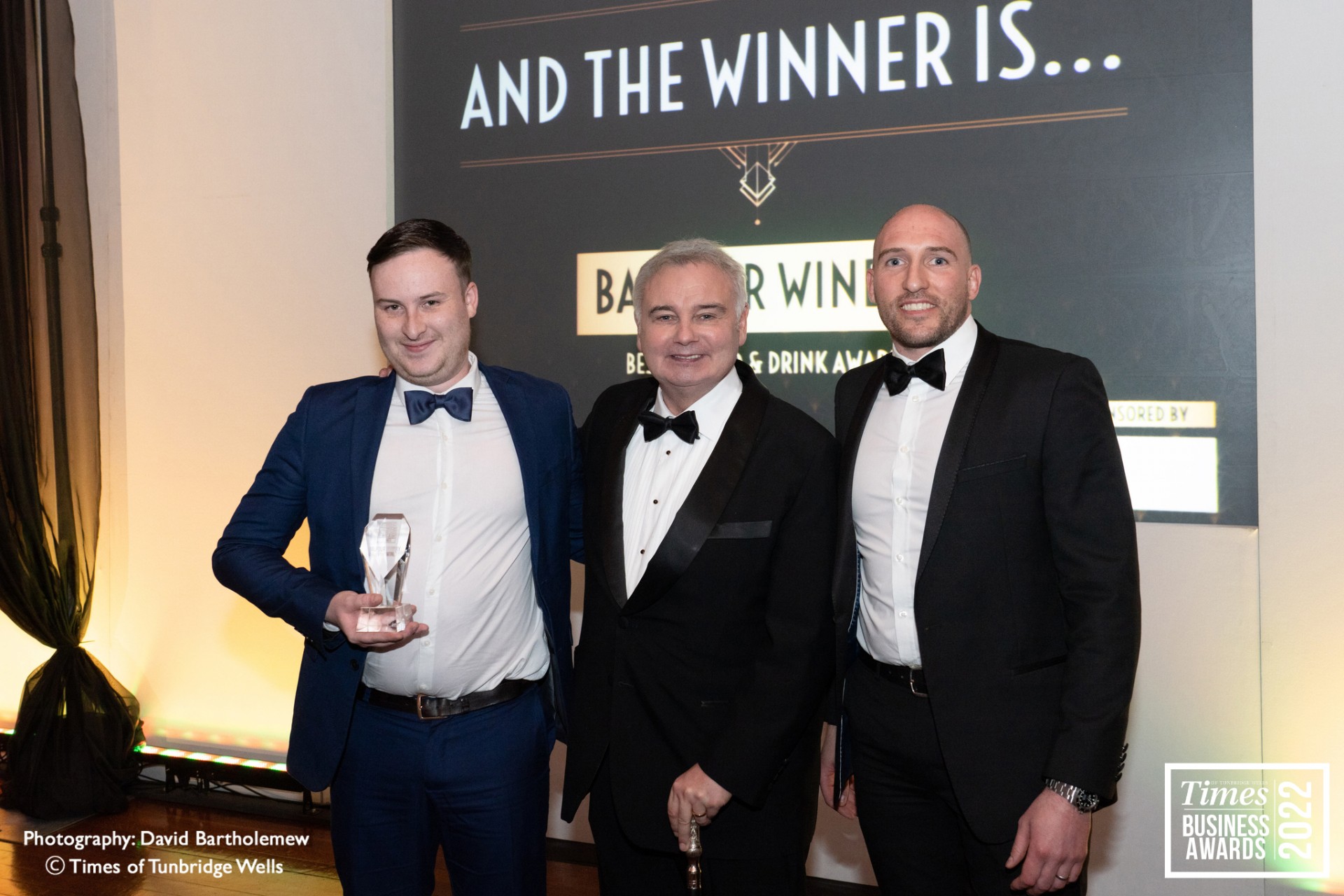 BALFOUR WINERY were winners of the Best in Food and Drink at the recent Times Business Awards sponsored by SitSmart. Amid stiff competition James Fitzgerald, Balfour’s Food and Beverage Manager, was presented the award by TV personality Eammon Holmes, alongside Charlie Harding, SitSmart’s Business Development Manager.

Balfour Winery is run by co-founders Richard and Leslie Balfour-Lynn who planted their first vineyards on the beautiful Hush Heath Estate in Staplehurst, Kent, in 2002. It is now one of England’s leading wine producers, pioneers for both traditional method sparkling wine and a new wave of English still wines. Making over 400,000 bottles of still and sparkling wines each year Balfour is fast becoming one of England’s most renowned wineries. When 10,000 bottles of Balfour Brut Rosé, made from the first harvest in 2004, won a gold medal at the International Wine Challenge in 2007, it was officially on the wine map.

Balfour Winery is a beautiful Tudor estate comprising 400 acres of manicured vineyards, apple orchards, wildflower meadows and ancient oak woodland, rich in flora and fauna. Sustainability and conservation are of paramount importance and are reflected in their practices.

Charlie Harding commented, “We would like to congratulate Balfour Winery on their worthy win and wish them every success in the future.”

Cookies are small text files that can be used by websites to improve your experience and to remember settings. The law requires that your consent is given for any cookies that are not strictly necessary for the operation of this website.

Selecting this option will allow us to use cookies for marketing and analytics purposes. For example Google Analytics.